Renovation of a house

The building is situated near Keym square, as a transition between the more urban development of Watermael-Boitsfort and more open areas resulting from the legacy of the garden city model. The existing attached house dating from the 30s is part of a group of 8 houses R+1+T built along a side road. It is organized according to the bel étage Brussels model with an semi-buried basement resulting in a difference of level with the garden. The project consisted of improving the relation between the house and the garden through a spatial planning of the basement and living room areas in connection with the garden. The first floor (bel étage floor) was completely opened and extended outside. The opening of the existing staircase has helped to bring light into the whole house. It is complemented by a new staircase leading to the basement where an en-suite parental bedroom was installed. 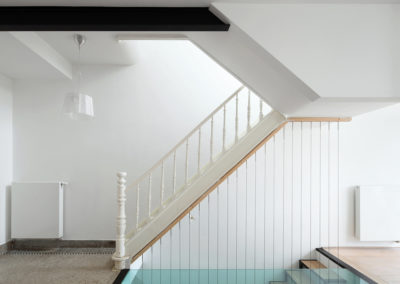 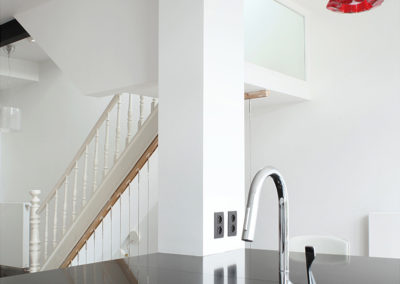 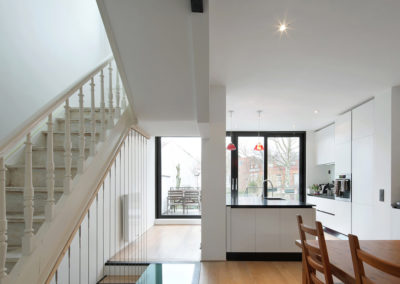 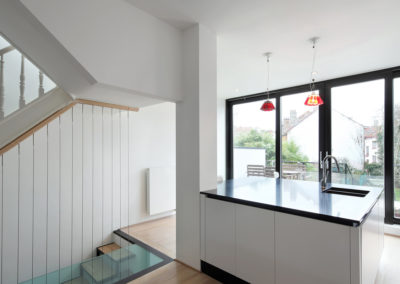 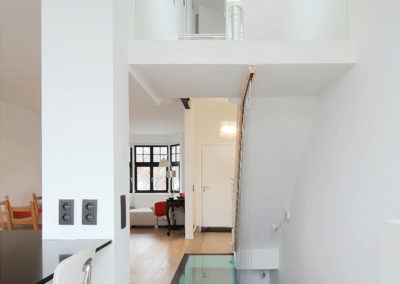 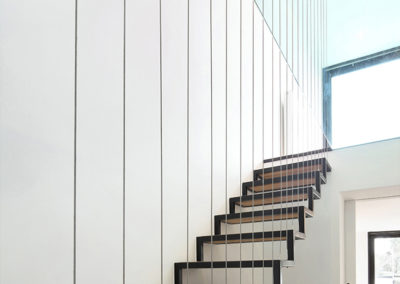 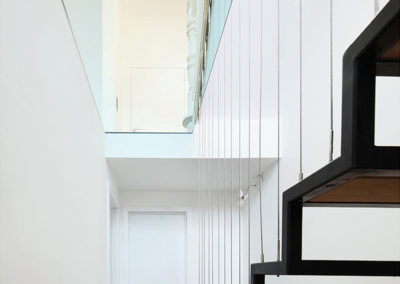 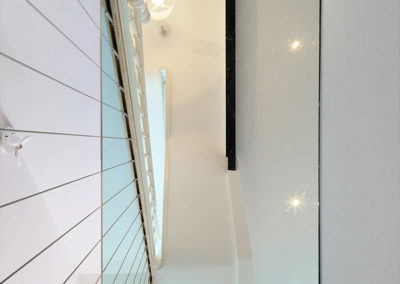 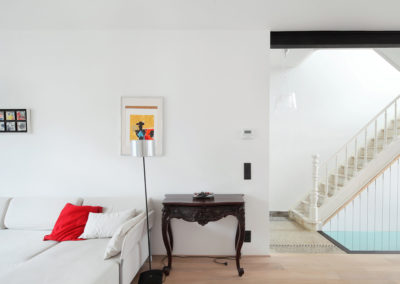 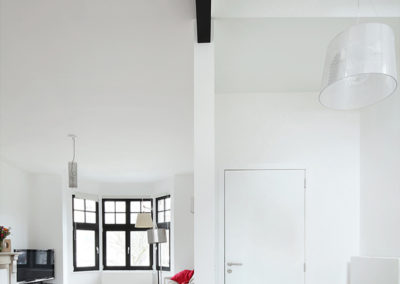 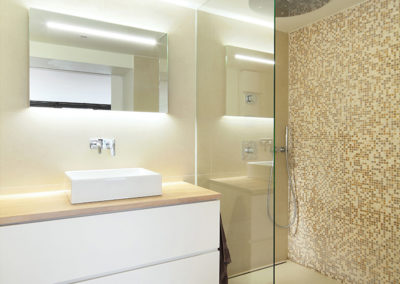 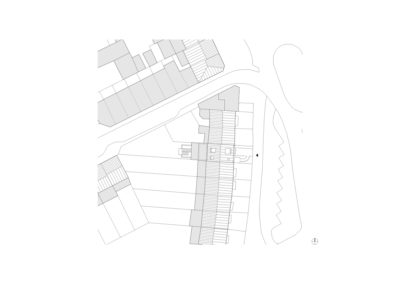 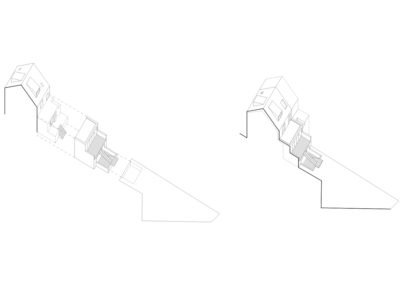 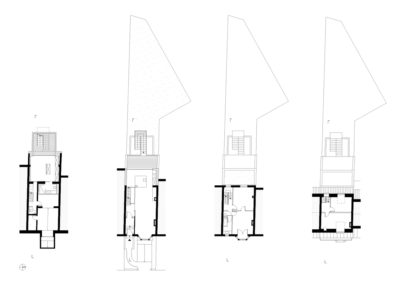 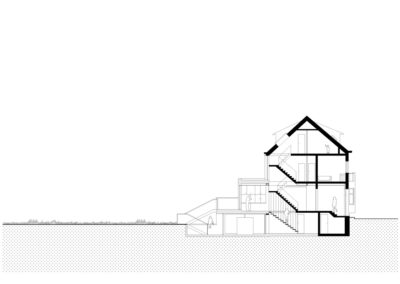